There’s a disturbing little press release floating around where the Sun-backed Open Media Commons announces it’s release of a new DRM specification to be implemented using free software. That people are creating DRM systems under open source and free software licenses is not surprising; much of the encryption technology on which DRM is based has been free and open for a long time. What is disturbing is that it contains what appears to be an endorsement by Lawrence Lessig:

Lawrence Lessig, Chairman of the Board of Directors of Creative Commons and Professor of Law at Stanford Law School: "In a world where DRM has become ubiquitous, we need to ensure that the ecology for creativity is bolstered, not stifled, by technology. We applaud Sun’s efforts to rally the community around the development of open-source, royalty-free DRM standards that support "fair use" and that don’t block the development of Creative Commons ideals."

Lessig’s position seems to be that DRM is bad and should not exist. But in a world where it does exist, he thinks that not-quite-so-bad DRM is better than the alternatives. Is that the sort of message we want to be sending?

It doesn’t help that EFF has already spoken out against this project.

Lessig is on the board of directors of both EFF and FSF. I think it is smart for members of either organization who are opposed to DRM, even when it’s sweetened up, to contact those organizations and let them know how you feel. 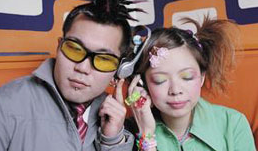 9 Replies to “Taking the “Open” out of “Open Media Commons””