I forgot to mention the coolest thing about the last Ubucon in my summary.

I heard that my friend Sean Moss-Pultz (the person who started the OpenMoko project) would be in New York the week of Ubucon so I managed to contact him and get him to drop by on his way to the airport so we could have lunch.

To my surprise, he had one of the early versions of the free-phone for me (I wasn’t expecting one for several weeks). I had brought my OLPC XO so, for the first time ever (as far as we know) we managed to get the two coolest, and most important, technology platform projects in the world together.

While the XO and OpenMoko share a commitment to freedom, the similarities between the projects are, in fact, also skin deep. If we all work hard, we can look forward to a future that is free. Apparently, it’s also white with bright trim. 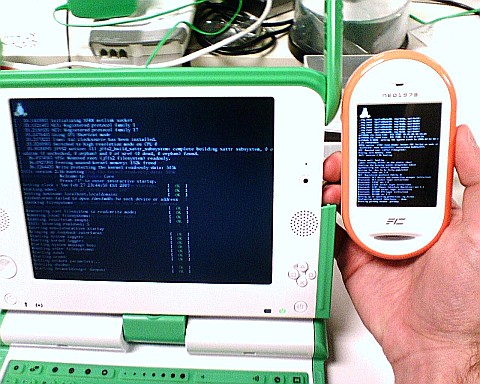 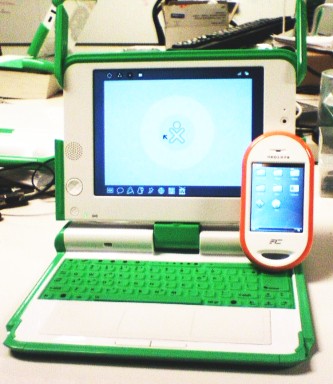 Apologies for the pictures taken from my current inferior, both ethically and technically, mobile phone.

8 Replies to “The Revolution Will Be Colorful”