A few years ago, I ran into my friend Jay in the MIT Infinite Corridor. He was looking for volunteers to have their pictures taken and then added to the library of freely licensed and remixable media that would ship with every version of Scratch — the graphical programming language built by Mitch Resnick’s Lifelong Kindergarten group that is designed to let kids create animations and interactive games.

Jay suggested I make some emotive faces and I posed for three images that made the final cut:

But although I’ve spent quite a bit of time studying the Scratch community in the last few years as it is grown to include millions of participants and projects, I forgot about about Jay’s photo shoot.

A couple months ago, Acetarium resident Andres Lombana Bermudez pointed out that there was a mako tag on the Scratch website and that a whole bunch of users had been publishing projects using the pictures of me which, apparently, shipped in Scratch under my name. For example, in this project in which I dance in front of a enormous "MAKO" banner: 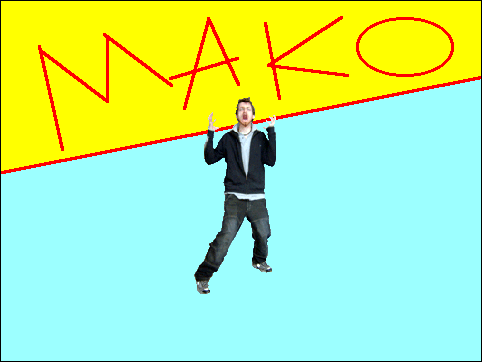 That said, given the rather emotive nature of the pictures, I seem to usually end up being blown up shot, shrunk, set on fire by dragons, or meeting other similarly unfortunate ends. 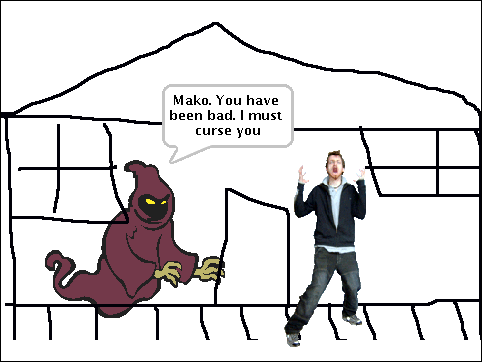 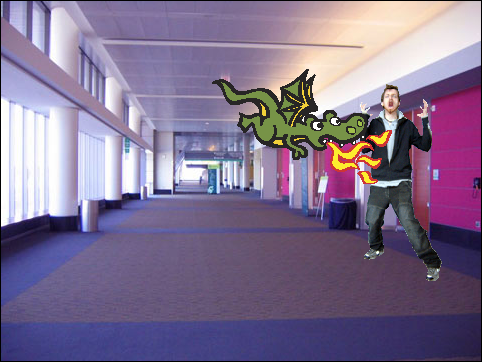 There’s quite many more entertaining examples under the tag and many more elsewhere on the Scratch website although they are a little trickier to track down.

Jonathan Zittrain likes to say that the best technologies are generative in the sense that they encourage their users to make things with them that the designer never forsaw or anticipated. I feel generative.

2 Replies to “Famous in Scratch”